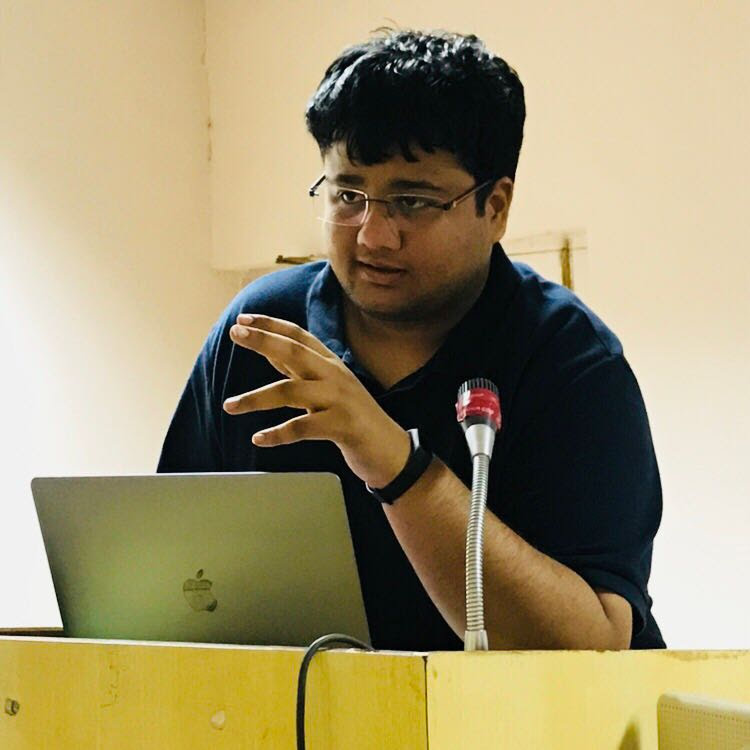 I’ve been passionate about coding right from my childhood. I still remember my tryst with coding which started with me learning HTML back in 5th grade. A geek ever since, I’ve explored in’s and outs of computing, right from the good ol’ hardware side to the latest languages & frameworks.

Ever since getting my “very own” computer I started my deep dive into coding by getting acquainted with microcontrollers and microprocessors after completing my 10th grade. I’ve had a comfortable stay for a few years with C, C++, and Embedded C during those days later dabbling with Arduino and STM32 Microcontrollers. On joining college, I had a short sojourn with Java which since then I started despising (personal opinion).

What is the most important thing your could be working on in the world right now?… And if you aren’t working on that, why aren’t you? Aaron Swartz

I’ve always believed in choosing the right language/tool for the job rather than trying to fit the requirement in a particular language. This led me to think in a language-agnostic way which has led to where I am today. During my internship, while working on an IoT application I had a run-in with Ruby whose philosophies I was in love with and embraced wholeheartedly. A few months later I had the chance to explore Python, which since then has become my go-to language of choice. Currently, I write my applications majorly in Python but occasionally use other languages as per the requirements.

In between all of these I’ve also explored and worked professionally on things to do with DevOps which I’ve always been curious about. I started with purchasing shared hosting servers and quickly moved on to VPS’s to the proper cloud services. I’ve worked on Docker, Kubernetes, AWS, Google Cloud and Jenkins.

Being a tinkerer since my childhood, I’m currently checking out ES 6, React && Golang.

In the future, I plan on connecting these dots along with years of experience into becoming a successful product architect, developing systems that run at scale.

I’m currently looking for an opportunity to join a company that helps me work on some kick-ass systems.

Thank You for reading!