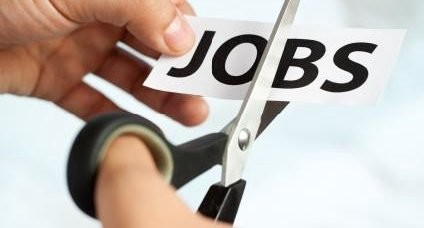 The buzzword for 2015 in IT sector was Internet of Things (IoT), in 2016 it was chat bots and the word for 2017 seems to be “layoffs” . In just 5 months into the year 2017, seven of the top IT companies in India have in a way either publicly or internally suggested about the impending layoffs.

2017 started on a grim note for the employees in many IT firms who got a hint about the layoffs from the eerie dark corners of the tech world. The rumor soon changed into reality with the so called seven “biggies” of IT in India slated to reduce their workforce by almost 4.5% which translated to over 56,000 jobs being slashed.

What seems to be the driving factors forcing these companies to cut the jobs?

There are many aspects to look into the issue of the layoffs. One of the major driving force seems to be the change in the H1-B Visa policy. The change in the policy forces the companies to hire American employees instead of the Indian counterparts.

The advancement in automation in the industry has also led to the layoffs. Companies has adopted automation mainly in the testing domain which was predominantly manual task.

Is this the only reason? There is another angle through which the whole issue can be seen. Are Indians actually that employable?

The whole post is solely my opinion and as per that it doesn’t seem like a co-incidence that people are being laid off at the same time when the industry is seeing a massive surge in the amount of data handled.

“The only thing constant in life is change - Heraclitus -

The simplest explanation for me is that people need to adapt to the change in the technology around them. 30 years back banks were highly dependent on Telex Machines for communication. As soon as the computers penetrated the Indian market, banks were the first one’s to adopt it. Telex as well as the computers co-existed for a couple of years. But as the advancement in computers were being made, telex became a redundant technology and was soon scrapped. The telex operators who were not open to the change in technology were left stranded.

Right now we are on the cusp of a revolution aptly dubbed as the “Data Revolution” the employees are highly unprepared. 90% Of Today’s Data Created In Two Years! We have been seeing this massive surge in data generation but still we have a very small army of Data Scientist’s to tackle it. The people in the tech industry have to be receptive to change. As Darwin rightly said, “Survival of the fittest”, If you don’t evolve you are bound to perish.

Companies mean business. Period. If the current workforce is not adaptive then the only logical decision is replace them with people having better knowledge of the changing landscape.

There is a huge cry around “Advancement in Technology making people jobless”. I beg to differ, the advancement in any tech still requires a considerable amount of workforce — but the catch is they need slightly better knowledge.

Within the rise in the amount of data generated, companies are trying to mine through the data and derive meaningful insights. Companies like Google are already using the abundant data to it’s fullest potential.

The only way to survive in this cut throat lethal jungle of IT is — Evolve with time. 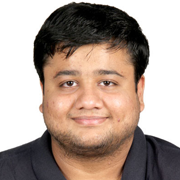 Sai is a backend developer with over 2 years of experience. He believes in being language agnostic developer.